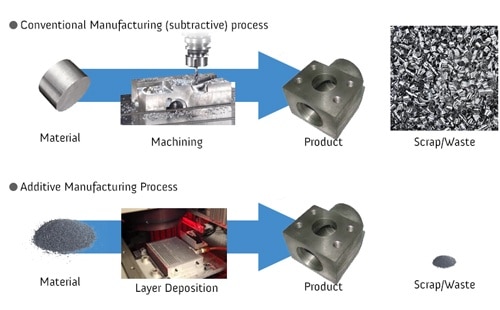 The following list highlights products which have been manufactured with 3D printing at reduced cost and time, compared with traditional manufacturing methods:

This impressive list is very short, and it is only the tip of the iceberg. The list raises these questions:

The answer to the last question is the main focus of this article.

Are There Limitations On Products Which Can Be 3D Printed?

A few years ago, 3D printers only made plastic-based products. The limitation or show stopper for 3D printing was that it could not print products with adequate structural strength and durability. However, that has changed, because 3D printers can now print metal-based products such as airplane parts.

Actually, 3D printing is venturing into the printing of food products and human organs. For this reason, it may be premature to say that the technology is limited by the types of products which can be printed. It seems as if the limitation on what can be 3D printed is not dependent on the printing technology. The limitation seems to be dependent on the “ink material” which is used.

Are There Disadvantages Of 3D Printing Relative To Traditional Manufacturing?

Could Traditional Manufacturing Be Completely Displaced By 3D Printing?

Although it is probable, it is too early to conclude that 3D printing will completely replace traditional manufacturing. However, the improvements needed to make this happen are on the horizon, because 3D printing is still a maturing technology.