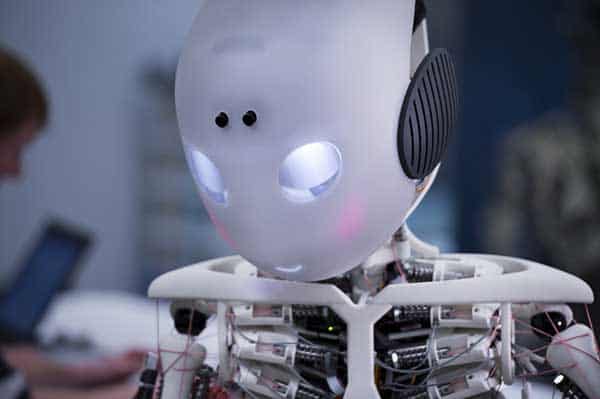 Robotics is a rapidly growing field in engineering and manufacturing, and many useful robotic devices which mimic human behavior are emerging. It may be worthwhile to mention a few of these emerging robotic devices.

Another field of robotics, termed “soft robotics” is benefiting tremendously from 3D printing (Additive Manufacturing). Soft robotics is the type of robotics which does not use rigid structural members. Instead, it uses easily deformable members which are constructed from fluids, gels, and elastomers that can match elastic and rheological properties of biological tissues and organs.
The role that 3D printing plays in soft robotics is the focus of the article. Topics and questions which are addressed are:

Soft robotics is the type of robotics which makes all members of a robot soft and flexible. The flexible members enable the robot to move in very limited spaces and to change gaits fairly easily. The idea is to make the robot mimic the movement of an octopus squeezing through a narrow opening, or of a caterpillar rolling through uneven terrains.

Applications which can benefit from synergism between 3D printing and soft robotics include actuators, sensors, and components that can move and conform to environmental shapes and constraints.

How Is 3D Printing Used in Soft Robotics?

How Much Progress Is Being made to utilize 3D Printing in Soft Robotics?

Researchers at MIT have used 3Dprinting and soft robotics to build a three-fingered robotic hand which can identify and safely grasp delicate objects. Novel features of this robot include:

a) The ability of the fingers to conform to the shape of the object to be picked up, such as a piece of paper, a pencil, an egg, or a living thing such as a pet.
b) The ability to maintain a firm and secure grip without crushing the object being picked up,
c) The challenging task of embedding sensors in the soft silicone hand and equipping it with software which enables it to distinguish between different objects.

Researchers at Carnegie-Mellon have built a similar three-fingered robot.

The technology of soft robotics is in its infancy, but because 3D printing can be used for printing deformable materials, the potential for soft robotics is enormous. It may not be too long before soft robotic products emerge such as prosthetic arms or hands which function almost as well as real living body parts.